The Cost of Not Training and Motivating Your People

Service quality has suffered in Malaysia for many years. You'd encounter rude, nonchalant shop assistants, waiters, floor staff, or managers who might treat you as if you are non-existent. Or they simply would not be able to handle challenging situations, even if, to you, something that could be "small matters". How do we resolve this? 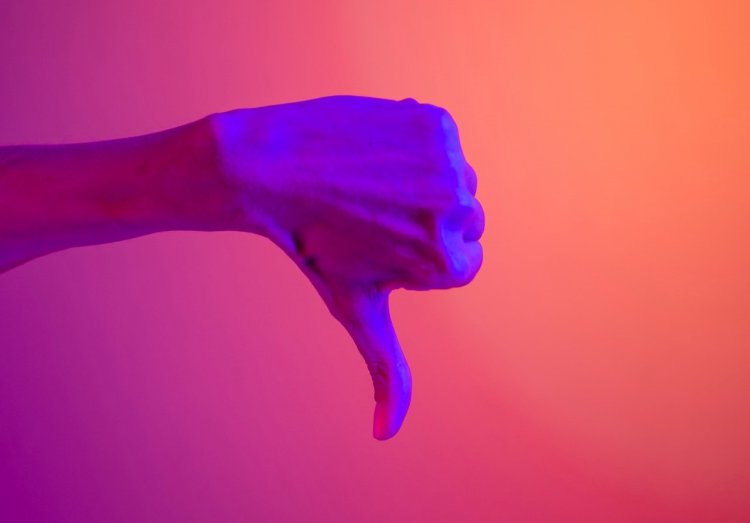 Photo by cottonbro from Pexels

WISSAT - "What Is So Stupid About That?"
That is the question the comedian Andy Andrews often asked to get materials that he’d use in his stand-up routine. He’d observe the happenings around him and the news. Most often, he said, “the answer would be funny!” But today, I shall use the same question to look at how we can improve many areas of our personal and professional lives too.

Usually, my visits to this fast-food restaurant, let’s call it Mc-something, had been pleasant. Not necessarily “pleasurable” but often was pleasant. Sure, there were two or three times when it was not so. This morning was one of the few serious exceptions. Our ordering process went well enough, though there were two “something-challenged” (intellectually challenged maybe) people at two different machines, despite being surely from the “tech-savvy” generations (judging from their ability to use the Maybank QR payment system) they were holding up others behind them. I honestly still don’t know how to and thus still not using QR payment. Heck, it’s way easier for me to whip out the ATM card and just touch/tag at the payment machine!
Not only did those “something-challenged” people take too long to select “payment method”, though they had their phones with QR codes ready, they also had to repeat their orders twice. “Something-challenged mules”! Then we waited and waited for our order. Well, I chose the option to be served at the table as I didn’t feel like I wanted to stand for millenniums… And we waited for millenniums, or aeons maybe, at the table.
I asked my son to go and check what was happening to our order. He was told that they ran out of ice! My mind went, “you need ice to make burgers, nuggets, and french fries?”

I accept that Situation Normal, All Fluffed Up (SNAFU) at work happens, all the time, assisted by Murphy’s Law. I would expect that they could have at least sent the rest of the order first, the food, and then inform us that they ran out of ice; then request if we could change the drinks with something else of similar value from the menu. Not that they have many options. Most drinks on the menu were sold out! Including the simple plain hot coffee!
My wife went to get the food and ask them to just give us mineral water as a replacement for the drinks. No one, however, mentioned a refund for the differences between the prices of the drinks which we ordered, and the two bottles of mineral water.
I went to ask. As it was paid with a debit card, the floor manager (I guess) tried to make the refund via their system - credit back to my bank account. After two attempts, the system failed her. She requested if she could replace the money with food items. Though I was hungry, I was in no mood to eat anything else already. Probably, the devil in me just wanted to make her life harder too! Feeling seriously irritated at McD’s system by this point. I rudely told her (so very bad of me!), “you go figure out how your system work, I want to go eat my breakfast”.
Just before I walked away, I asked her what was up with the “running out of ice”? She mentioned that their ice machine broke down and the tube ice suppliers were also having a high load today due to today being the Chinese New Year’s day celebration. I was really tempted to ask, “Have you guys checked with 7-Eleven? It’s just nearby you know?” Oh well…
A few more minutes went by and obviously, she still couldn’t figure out the system to refund my purchase. I asked my son, and then my wife went too, to just go get the food item as a replacement instead.

So, What Is So Stupid About That (WISSAT) whole incident? Number ONE - me!
I couldn’t offer much help for the two “something-challenged” who didn’t know how to pay for their orders (other than wishing that the earth would swallow them whole!), but for the floor manager, there’s hope. I really felt that something can be done to help this level of manager. Many would think that being a floor manager at a fast food outlet is “a piece of cake”. I mean look at how the job is advertised, and the pay level.
Though the SNAFUs at a fast-food restaurant might not reach the levels that the airline's pilots or nuclear power plant managers have to deal with, you still need a quick-thinking and resourceful person to handle the situations. These people should also be remunerated accordingly.

Above my pay grade

Question: did you select such a person for the job, and trained him/her accordingly? And of course, pay them accordingly? Looking at how much are they typically paid, I doubt so. Maybe you underestimate the requirements; maybe I overestimate the situations and requirements.
But I think we can help these managers, at least based on the customers’ perspective. At least from my perspective as a customer. Based on many of my encounters, I believe that most of these managers are paid to think and be resourceful only up to a certain level. Anything beyond that, the mechanism that makes them go “sorry, that is above or beyond my pay grade” would kick in.
Think about it.
The sad part is, from my encounters as well, I believe that these managers are capable beyond that. While some rise to the occasions, many shrink away. And, we’d often hear too that “I’m not paid to think that much”.

How do we get, train and keep good people?

Daniel Pink in his book “Drive” wrote that while money and salary are not necessarily the main motivator, people have to be paid reasonably well so that this issue can be taken off the table. I would hazard a guess and suggest that the mandate to perform, trust and ongoing training will go a long way toward resolving issues and situations that I faced at the fast-food restaurant this morning.
PS. Oh yes, to top it up, it was so bloody tough to peel off the sauce lid!

5 Thoughts To Consider When Things Don't Go As Planned

Is the Fashion Industry Standing With Ukraine?

Lessons From A Cool Boss

Why Hiring and Training Seniors Has Its Advantages

How To Be An Inspiring Leader?